Would anyone have a Leak down tester I could borrow for a day or two?

Sv lost coolant last week. Dumped the oil out on Monday and found some milk and mayo in there.
Bought myself a block tester which seems to confirm i do indeed have combustion gasses in the coolant system.
I’d like to narrow down which head is causing the leak before i start pulling anything apart.

Or would i be as well just to tear both heads off at this point and hope it is just a head gasket?

Here is the oil I drained the other night.

Result from the Block tester after 3-4 mins of running at temp.

The 2015 National Road Racing season will fire into life tomorrow [Friday] when the opening practice sessions get underway for the KDM Cookstown 100, which is shaping up to be an absolute classic on the Orritor circuit with a top flight entry.

Most of the leading contenders now have testing and race action under their belts, and with all grids well and truly filled – we are virtually guaranteed top class action in all classes for competitors and fans alike. 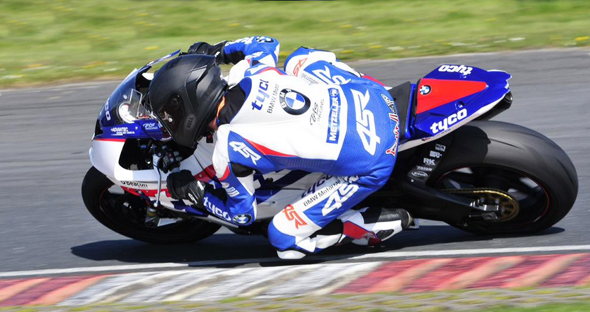 There can only be one winner in each race and that’s the big question everyone is currently asking, so let’s have a look at the runners and riders:

Can Michael Dunlop give Milwaukee Yamaha a road race win at Orritor, following his short circuit success on the all-new R1 Yamaha at Donington Park, or will the Tyco BMWs of Guy Martin and William Dunlop conquer the Orritor circuit?

Guy Martin is already a winner this season at Oliver’s Mount, just as Dean Harrison was a few weeks ago at the same venue. The Bradford lad is equally as confident of success on the Mar-Train Racing R1 Yamaha.

Crumlin’s Stephen Thompson is BMW mounted at Cookstown, riding for the German Penz13.com squad. Thompson has put in some spirited rides at the recent short circuit meetings and is one to watch.

Mullingar’s Derek McGee makes his road-racing debut for the Wilson Craig Honda team, and this will also be Derek’s first competitive outings on the roads aboard Honda machinery.

With all the hype surrounding new race machinery, maybe it will be the tried and tested bikes of Jamie Hamilton and Derek Sheils who could spoil the party for the larger teams. Hamilton will be onboard the B.E. Racing Suzuki in the Superbike class and is hungry for success, with Sheils racing BikeBitsNI Kawasakis for his new team.

Both Hamilton and Sheils were successful over the Easter weekend, with Sheils continuing his purple patch at the recent Adelaide Masters meeting, scoring a treble.

James Cowton, on Honda machinery is also a dark horse: his performances last year as a newcomer, were somewhat overshadowed by Dan Kneen’s success, but having recently scored a seven timer at Darley Moor, Cowton cannot be dismissed.

Others to watch out for include: Alan Bonner, who is back to full fitness following a back injury, on the Peoplesbike.com MSS Kawasaki; Brian McCormack (TAG Racing) who also hopes to have a 600 added to his stable at Cookstown; Evergreen Saintfield man Davy Morgan will campaign the Magic Bullet machines and Connor Behan will be on KMR Kawasakis.

Maria Costello MBE leads the female brigade along with Melissa Kennedy, Yvonne Montgomery, Veronika Hanckovy and Sarah Boyes, who will also compete alongside her father Stephen in the 125cc race.

TONY Carbajal and Joe Vertical of the Victory Stunt team get all sideways on their supercharged baggers.

Any Other Relevant Info :NC23 ENGINE SAME AS THE CBR400RR
Bike has been parked up a number of years as my uncle moved abroad and left the bike to myself.
1 previous owner!
Bike is turning over but will need the carbs to be cleaned, Front and rear calipers reconditioned, New key and ignition and fork seals. May need other bits.
I have the logbook, 2 CDI’S and other bits and pieces.
Only selling as I do not have the time or space to work on the bike

GO on then, show us you can do better.

Caption that: the prototype Terminator needed work, especially on its vehicle selection software
Caption that: See those people down there? They’re laughing at your dayglot***suit
Caption that: Lorenzo knew something was wrong with his lid but couldn’t quite put his finger on it.
Caption that: Training rides were never the same after the instructor got a Ninja H2
Caption that: The crash bung firm was determined to outdo the competition

Source: Caption that Bjrn Borgs exercise regime suffered after he took up motorcycling

GO on then, show us you can do better.

Source: Caption that When Bjrn Borg took up motorcycling his exercise regime suffered

a pair of sharks.

All set for the sunshine.

Source: a pair of sharks.

Anyone use one of these? myself and my Mrs were out the other evening, and her arms were getting tired after about 40 miles, hers arms are only tiny so were in bits wrapped around me, were on a ZZR1400, so shes no really comfortable with the grab rail at the back, what do ya’s think??
http://allmoto-online.com/oxford-rider-grips.html