Ivan Lintin is the latest top-flight rider to confirm his appearance at the 2015 Bennetts Classic TT with the Lincolnshire rider contesting the Bennetts 500cc Classic TT.

It will be the 30-year old’s first time at the Classic TT but Lintin, who will ride for RC Express Racing during the International road race season, has secured a ride with one of the sport’s finest, lining up for Brian Richards Racing on one of Andy Molnar’s special 4 valve G50 Seeley’s.

The venture, a joint one between Richards and Molnar, will see a purpose-built bike constructed purely for the longer road circuits and as such is being designed to cope with the rigorous demands of the TT Mountain Course. It will have a Seeley MK4 frame with a**istance also coming from MV Agusta specialists, Mark and Dave Kay, who will provide the forks while the twin disc front wheel is to be supplied the Seeley disc rear wheel.

Maxton Engineering have modified the forks, and will also provide rear shocks, with Bill Simpson having built the frame, and tanks. Molnar Precision are supplying the engine as parts for Richards to build himself and the whole project is fuelled by the burning desire to prepare the first single cylinder classic bike to lap the TT course at over 110 mph.

Richards knows all about the rigours of the Mountain Course having competed at the Manx Grand Prix and TT over a period of 32 years, from 1961 to 1992, before going on to sponsor several well-known riders, including, Bob Jackson, Bill Horsman and Bill Swallow. His riders won the Senior Classic MGP with Swallow’s lap of 108 02 mph in the 1999 Singles TT being, until last year’s Classic TT, the fastest by a single cylinder classic bike.

“It will be great to have another run round the Mountain Course and this is a really interesting project with all the right people involved.  We’ve got a proper target with the first 110 lap for a single and it would really be something to be proud of if we could achieve that.  I’ve followed the Classic TT meeting for a couple of years so it will good to get the chance to be part of it.”

Just been on Motogp.com and i read the following . . .

"Nicky Hayden is excited to race in front of his fans as the only American rider on the grid in Texas, for his 200th MotoGP™ start.

The Grand Prix of Qatar saw some encouraging progress from the ASPAR Team although race night at Losail wasn’t the success they had hoped for. Nicky Hayden is looking purely at the future, however, and even though this is not one of the American’s favoured circuits he is looking forward to racing his new Honda in front of the home fans. *****The Aspar Team rider will have a new ally in Texas, as Power Electronics return to re-form the partnership that enjoyed such great success during 2012 and 2013.*****"

i thought there would have to be some movement as regards sponsors
before practice starts in 2 days or so!

Michael Rutter will line up in all six solo races at the 2015 Isle of Man TT Races, fuelled by Monster Energy, having secured a deal with SMT/Carbridge Racing for the two Monster Energy Supersport races.

Rutter, winner of the 1998 Junior 600cc TT race, will campaign a ZX-6R Kawasaki in the two four-lap races for the team run by Lancashire-based Robin Croft. The 42-year old has posted a best lap in the class of 123.198mph, set last year when riding the Smiths Racing Triumph.

The popular Midlands based rider made his TT races debut in 1994, following in the illustrious footsteps of his father Tony who himself won 7 TT Races. After a seven year break when he competed in the British Championship, he returned to competition on the Mountain Course in the Centenary year in 2007 and has three TT Zero electric bike race wins to his name. His other TT Race victory came in the 1998 Junior TT.

Croft and Rutter are no strangers having contested the Macau Grand Prix three times, winning the event in 2012, as well as a number of British Superbike Championship races in 2009.

Mainstays in the British Championship for a number” of seasons, Croft has run Dan Stewart and Tim Reeves at the TT in recent years and had been trying to put together a deal all winter for a full a**ault on the roads. Although that failed to come to fruition, the chance to be involved in some capacity was one he jumped at and running Rutter will give them an extremely strong presence on the Supersport grid.

“I feel that I’ve got a good set of bikes this year and that I can challenge in all of the races. Robin and I go back a long way and he knows how to prepare race winning bikes so I’m really looking forward to this year’s Supersport races. I finished in the top ten in the first Supersport Race last year and I think I can build on that with the Kawasaki.”

So far he has a total of 15 wins in these races, equal with Bob Heath and the veteran Yorkshireman will be endeavouring to go one better and move ahead of his long-retired rival with two outings on the Italian single-cylinder machine in the opening event of the meeting the Singles race and then in one of the closest contested events in the programme
the 350 Junior race.

The retired school teacher first entered in the Pre-TT Classic Races in 1989, achieving his initial win in 1989 on a 350cc Aermacchi similar to the machine he will ride this year.

well folks i have bought a crank sensor for the t595 but it is reading only .5 of an ohm .it is supposed to read 1.3 so my mechanic is saying its faulty,so i got another secondhand sensor and the mechanic says its also wanked,secondhand sensors cost us 30 yoyos,a new one is over 100,i got a sparks to put his tester on it with a drillbit going on a cordless to see wud it affect the reading and it did the harder the drill went the ohms reading increased any help be great folks we want to get the bike on the road for the summer , 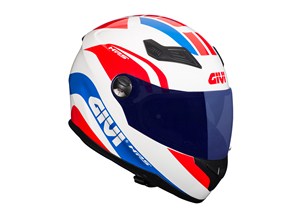 GIVI has just launched its new 50.4 Sniper, a full-face helmet available in a range of different colours.

Compared to the outgoing model it has a new rear spoiler for improved aerodynamics, a new removable inner liner, a tweaked ventilation system and an anti-scratch pinlock ready visor.

A removable nose guard that helps prevent the visor from fogging up and a wind deflector come fitted as standard, as does an integrated flip-down sun visor.

The Sniper weighs 1450g and comes Bluetooth ready. It’s available in three different versions:  the Monochrome for £79.90, and the Sport and Pista versions which are priced at £84.90.

Givi also has a range of smoked and mirrored visors available for the lid.

Available in sizes XS to XXL. 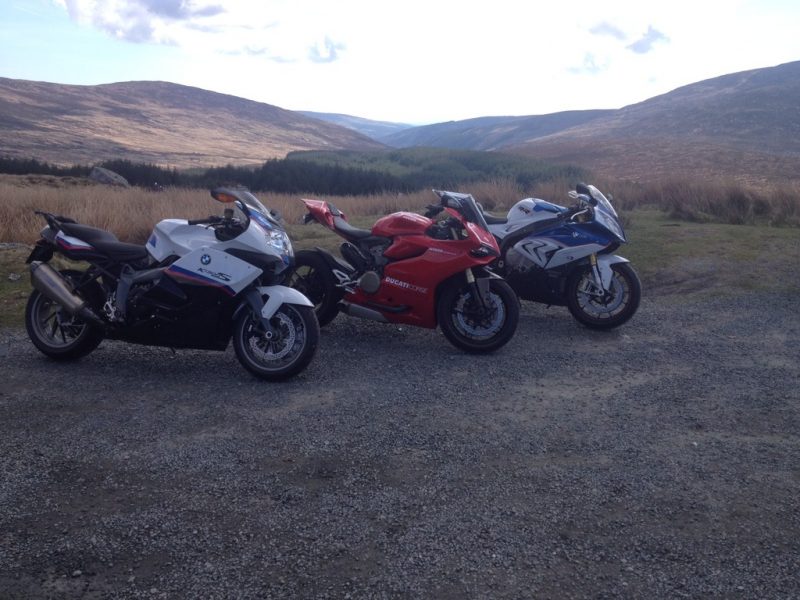 There was really bad fog from Ardee – Navan – Trim but it cleared before Kilcock and was a cracking day from there on ..

Taking my nephew to the North west.

I was thinking of taking my nephew to the NW200, would head up Friday and stay til Sunday. It’s my sisters kid and she was fine with it until she told a few people and they think she’s mad to let him on the bike, let alone go from cork to the North on one. It’s starting to give her second thoughts which I understand, but it’s now starting to annoy me that people have started to persuade her not to let him go. He still might go but she’s not sure now.
So my question is would you take your child or nephew from cork to the NW200 on your bike?
He’s over 10, he’s been out on it before and he loves motorbike racing and all racing related events.

Source: Taking my nephew to the North west.