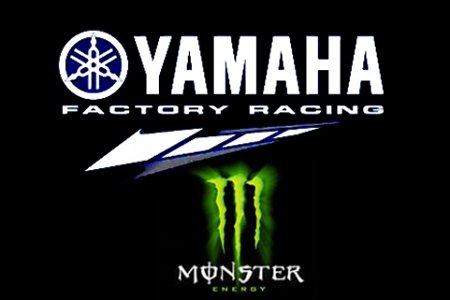 Fresh from a brilliant win in Misano, the Monster Energy Yamaha MotoGP Team heads to the Circuit de Barcelona-Catalunya for this weekend’s Gran Premi Monster Energy de Catalunya, with which they share the t**le sponsor.

Fresh from a brilliant win in Misano, the Monster Energy Yamaha MotoGP Team have travelled to Barcelona for Round 8 of the 2020 MotoGP World Championship. The expectations are high again, as this is a very important round. Not only is it Maverick Viñales‘ home GP and a race track that‘s high up Valentino Rossi‘s list of favourite circuits, the event also shares its t**le sponsor with the Factory Yamaha team, Monster Energy.

Viñales is looking forward to the Gran Premi Monster Energy de Catalunya, especially after last weekend‘s superb win at the Emilia Romagna GP. He made great progress throughout second weekend in Misano, Italy, and this has added a spring to his step, as he hopes to impress the local fans this weekend.

The Spaniard previously achieved four consecutive podium finishes in the Catalan GP in the lower classes, with a second place in the 125cc class (2011), a first and third place in the Moto3 championship (2012 and 2013 respectively), and a second position in Moto2 (2014). Last year he was keen to climb onto the MotoGP rostrum in Barcelona for the first time, but a multiple-rider incident on lap 2, that also took out his team-mate, ended his charge early. Top Gun is determined to change his fortune around here this weekend, though, and fancies his chances for a top-3 finish.

After a disappointing end to the Emilia Romagna weekend, Rossi is fired up and ready to go another round. He hopes to find himself racing at the front again to collect valuable points for the championship. He currently holds ninth place in the standings, 26 points from first. But, exactly half-way through the season with still seven GPs to go and with the championship being as close at it is, it‘s still all to play for in Barcelona, and the Italian knows the way to this circuit‘s rostrum very well.

Work to create the Circuit de Barcelona-Catalunya began in 1989. Two years later the track was opened, and it soon became a race fans and rider favourite after hosting its first MotoGP race in 1992. With an exciting 4.6km lay-out consisting of 14 corners (six left, eight right), the Catalan round is known as one of the most thrilling races on the calendar.

This weekend, the front cowl of Viñales’ and Rossi‘s YZR-M1s will be decorated with the logo of long-term Official Sponsor Beta Utensili. The Yamaha Factory Racing MotoGP Team takes the occasion of the Catalan GP to put the hand tools manufacturer in the spotlight, to celebrate their almost 20-year-long partnership.

“The hard work in Misano paid off and that felt really amazing. We have enjoyed that winning feeling a lot the last few days, and it makes us very excited for the next round. Montmeló is my home race, and I love racing here. I did great races here in the past. Last year, we didn‘t get to show our full potential, which was a shame, but we will try our hardest to get on the podium this time. We are working in the right way, and I think we can improve even further, so we need to give our maximum and make it another good race weekend, especially because the championship is very close. I‘m now joint second in the standings and just one point from the lead. We have to make the most of this opportunity!”

“We now move on to Barcelona. This is a track that I really like, but it‘s different from Misano. The asphalt and conditions will be different, but I think we can have a good race weekend there. It‘s important to take some points. I‘m not so far from the top of the standings, and the championship is still open. This season has been crazy and there are still many races to come, so we will try our best.”

“Last weekend‘s win gave the team an extra boost. It was a sweet reward after a lot of hard work, and we will use it as an encouragement to push extra hard this weekend in Barcelona. This is a round that we always look forward to, because we are usually quite strong here. Both riders like this circuit, and its lay-out suits the Yamaha. We are fully focused on keeping the progress we made in Misano going here this weekend, especially because Monster Energy is also the t**le sponsor of this round. We are now at the mid-way point of the season, and the championship is very close. We need to give 100% at every session, because starting from the front will be the key to getting good results.”