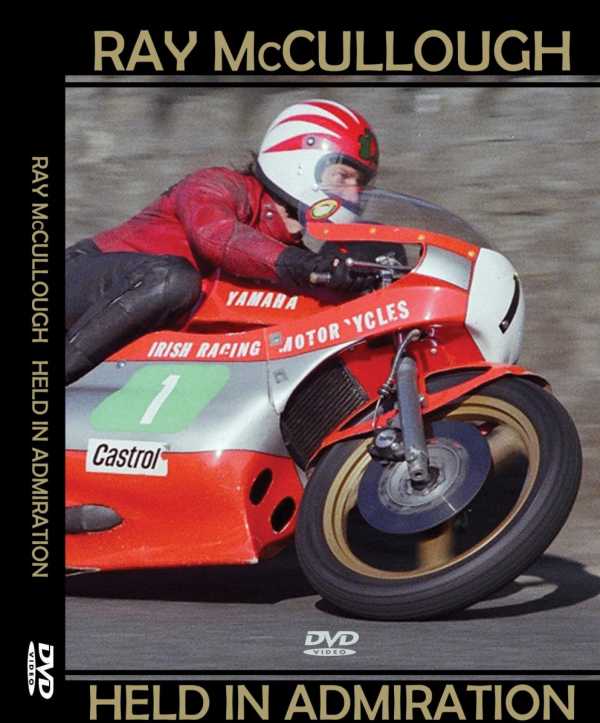 The Dromora Destroyer recalls his early interest in his teens, his first race in 1960 and the ups and downs of road racing until his retirement in 1984.

Ray was unique in that he rarely left the shores of his native Island of Ireland, his motto: ‘I’ll race anywhere as long as I’m home for tea!’

He did however make an annual pilgrimage to the Isle of Man’s Southern 100 between 1968 and 1979, taking a total of nine race wins including the coveted Southern 100 Solo Championship Race in 1975, lifted the unique Derek Ennett Trophy for his efforts.

Hector Neil recalls an unusual event during one of Ray’s Southern 100 excursions.

Add in contributions from well-known personalities from the road racing world, fellow competitors, sponsors and journalists and with racing footage from the 1970’s and numerous photographs from the lens of Rowland White and you have the making of an enjoyable DVD, which will become a firm favourite to reminisce the highlights of one of Ulster’s best known and top toad races of his time.

Not only will you enjoy this Waldovision DVD, you will also be contributing to Stephen Watson’s chosen charity – Children’s Kidney Fund NI, where all profits will be directed.

This Ray McCullough DVD can be ordered worldwide (also available in USA version) now from: roadracingmemorabilia.co.uk priced at £15.00.

The photograph on the cover depicts Ray riding at the Southern 100 in 1979 on the Irish Racing Yamaha 250cc machine.